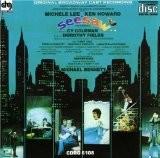 The musical tells the story of the relationship of man and woman, which at first glance is not much different from billions of other such stories. But over time, the audience discovers that staging is not going to go through the use of worn-out patterns. In addition to that, it offers a unique solution, which seems unusual and fascinating. Fully realizing it, the audience gets the incredible pleasure from viewing. This is the case when you want to go to the theater again and again. The final of performance is something higher than the standard happy ending or a tragic conclusion. It analyzes to what has led the bond of the main characters, as well as tries to figure out what each of them was able to make out of it. The main productions message is the following: every acquaintance is able to fill your life with bright colors and to demonstrate completely new things that before you did not even imagine.

Much of the success of the histrionics depended on the actors, performing leading roles. Ken Howard and Michele Lee got greatly used to characters of Jerry and Gittel respectively and showed the audience all the features of their characters. They are the personification of ambition, curiosity and faith in tomorrow. In the background of a guy, a girl looks more creative person, prone to frequent mood swings. At the same time, she does everything possible to demonstrate Jerry the charm of life in New York City. The main characters are very different from each other and that is why their final separation does not cause much surprise. Rather, it is the logical conclusion of a beautiful but short story. Even Viktor Tsoy sang once in his song ‘The Sun’ lines: ‘who shall die young…’ conclusing that young people are prone to fast love and fast living. AT least, more than elderly ones. At the end, there is a certain confidence that Jerry and Gittel would not cease to communicate and continue to maintain friendly relations.

A special place in the spectacular devoted to the music and choreography. These two elements are not in the leading roles, but they successfully emphasize every scene. Jazz compositions dominate, backed by exquisite dance numbers. But it all depends on the situation. If in the scene is shown an episode filled with fun, so the music is chosen joyful and dynamic. With the dramatic moments, everything is exactly the opposite, of course.

Production is characterized by a unique idea, which for its time did not seem to be anything revolutionary. Behind all its neutral manner of narration line, lies a strong impression. The latter is for lovers of really exceptional shows.
Last Update:July, 13th 2016