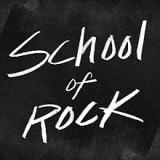 The musical is an adaptation of the eponymous film made in 2003. The motion picture with Jack Black has collected more than 131 million dollars in the world’s box office with the production cost of $ 35 million. In April 2013, Andrew Lloyd Webber announced about the acquisition of the rights to transformation of the film into a musical. The composer was going to make the chamber variant with the participation of young actors. Originally, they planned to establish the production in the West End, but because of the strict British legislation on the employment of minors, show has been moved to Broadway. For the first time since 1971, premiere of the musical of A. L. Webber took place not in the British theater, but in the US. The composer used the songs that sounded in the original film, but also created new musical numbers. Webber explained that the audience needed softer tunes for comfortable viewing of a long show. Also, the creator said – in the musical would be paid more attention to the relations between parents and children. This exaggerated the drama part of production.

The audience greeted the Broadway premiere with stormy enthusiasm. Critics told very good things about the new show. They noted that young actors did an excellent job with their challenging repertoire. A. Brightman, performing the title role, perfectly interacted with the children, not trying to outshine them with own vocal abilities. Reviewers have noticed that the musical was very easy and enjoyable to watch. The interest of the audience does not disappear till today. Despite the slight decline in first days of May – the box office for the weekend amounted to 816,811 dollars – in late May the public has more likely visited Broadway’s production. On May 29, has been collected an amount of USD 1,082,055 per week. Show has even been noted by theatrical figures and nominated for four Tony Awards. Also, the histrionics has received one nomination at the Outer Critics & Drama League. The theatrical has been presented in 5 categories in Drama Desk & received as well 2 nominations for Astaire Award.
Last Update:July, 13th 2016