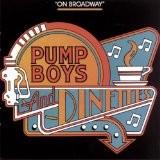 This is a kind of lightweight show. Such performances are not usually very popular and have short lives. But this staging is different. The audience loved it from the first display. This is the reason, why the musical was showed on Broadway (being an off-Broadway spectacle for the first time) and got the second life in 2014.

The production had positive reviews of the critics. Some of them called it a mixture of theatrical performance and a concert of country-rock music. And the latest is the thing, which is especially noticed by them. The music reflects the culture and spirit of the South. There are various styles mixed here, such as R&B, Country, Gospel and Rock’n’roll. There is hardly any kind of plot here. It is driven by the relations of the characters. Being a concert in the set, it was praised by both the critics and the audience.

The lyrics are also outstanding – fascinating and contain satire and pleasant humor. But there are several songs, which are touching and heartfelt (such as the song of two waitresses). Both lyrics and music created by a gifted composer Jim Wann.

The actors deserve special attention. They act fantastically. They are famous and extremely talented. Many of them have obtained rewards in the past. Look, for instance, at the acting of Debra Monk. She did her best, being a winner of Emmy and Tony Awards. But the characters themselves are too thinly drawn. The emotions might have been more powerful. Despite this fact, the original show was successful. The performers managed to make country music appropriate and pleasant for the Broadway stage. They also appeared to be perfect dancers, singers and actors.

One of the latest versions for the 2013-2014 season was directed by Mark Cuddy, famous for his works, such as The Music Man, Sweeney Todd, A Christmas Story and many others. It was made for the Geva Theatre Center. In this version, not only the actors, bus also the set is amazing. Everything is detailed in order to create necessary atmosphere. We should thank Vicki Smith, who has become a scenic designer, for that.

The dances are another important part of the musical. The choreographer (it was Peggy Hickey for the latest production) did his best. The costumes by Devon Painter add to the general impression. They are not just beautiful, but reflect the fashion of the South. All the versions have the same basis. There were no updates. And those, who like old times with their warmth, will definitely love the staging.
Last Update:July, 06th 2016