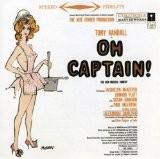 In the suburbs of the capital lived the British family of Captain St. James. His wife was a true Englishwoman, though sometimes she wanted to have a little fun. Her proposal to go somewhere to relax has been always rejected by spouse. According to him, for the couple it was improper to engage in such things – frivolous fun was not for them. Every week, Henry sailed to the continent. He spent weekends in the French or British bank. This life suited a smug captain. Another weekend has ended, and the man again went to sea.

The captain told his assistant Manzoni that in his life there are three heavenly places: London house, a reliable ship and a French apartment with a mistress. At this time, his wife heard the good news – she won in the culinary contest. The woman received a prize – a ticket to Paris. Taking impulsive decision – the wife wanted to make her husband a surprise – she flew to the French capital. After arriving in Paris, the captain became a different person – pedantry was replaced by jinks. Anticipating a future meeting with his mistress, charming & feminine singer, a man already could not calm down his enthusiasm. The crew also went for a vacation to the beach. After returning to the ship, the sailors asked the assistant, why he did not go with them. Manzoni said he did not wish to repeat his past mistakes.

Mrs. James spent the weekend in vain searching for her husband. Upset woman decided to devote the last night on the ride in Paris. On the bus, she met a seductive Spaniard, who began to entice her. The excursion included a visit to a nightclub. Its owner welcomed the new customers. Soon on the stage was singer, a lover of Captain. During the performance, in the club came Captain. The man was furious when he saw a Spaniard near his wife. A woman also was shocked when she realized that her husband came to the singer. The latter also was infuriated – the captain said nothing to her about his wife. A wife has decided that she would do everything to confront her husband's mistress. But at the same time, women felt a certain bond with each other – they both have been deceived by the same person.

The captain took refuge from the scandal on his ship. When he asked his assistant what he should do in this difficult situation, Manzoni advised the man to recognize his own duplicity, and get rid of it, by selecting some of women. Then Henry went to his mistress. In support, he took with him an assistant. Meet face-to-face with abused women, the captain tried to apologize to them. But lover did not listen to the man. Tired of the constant lies, the singer left the apartment, along with Manzoni. Henry tried to explain to his wife, but she decided to leave him also. Thus, the triple paradise of captain was destroyed. The man handed the favorite ship in the hands of the singer and Manzoni. Soon spouse returned to him. She decided to forgive a foolish captain.
Last Update:June, 25th 2016