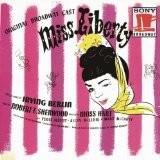 Events of musical carry spectators in 1885 in NY. Still-photographers and video-men without hurry set up their tools to record the rite at which the NY’s Head would receive from Joseph Pulitzer check on the construction of a pedestal for the monument. Paparazzi gradually come to one place. One of them, Maisie, says her colleague Horace, how to shoot a really beautiful pictures. According to her words, the resulting footage will be adored not only by the public but he would also love them. Ceremony is starting & the officials receive a check. Everything went well, but the publisher of Horace finds out that in lieu of shooting from celebration, Horace made a lot of pictures with boxes filled with more than 350 parts of the future monument. He is enraged by stupidity of his ward & decides to fire him.

Our fellow, being depressed, willing to return in his home town, but Maisie makes him change his mind. She believes that the main character is obliged to visit Paris, in order to track down the girl, following whose image the statue was designed. This reportage should be a real breakthrough in the career of a journalist & maybe it would help him to return his job.

In France, the sculptor Bartholdi begins to develop another work, and for that he requires to interview potential models. Amongst the crowd is Monique. She poses as the Statue & just at that moment Horace walks into the room. Thinking that before him is the original source, the main character makes her shot & sends it in NY. In the supporting letter, he writes that he managed to find the original Miss. In fact, poser for a statue is the mother of Bartholdi. Monique welcomes American visitor for some adventures in France.

Meanwhile in NY, Maisie shows to the editor-in-chief the results of the recently dismissed by him employee. After some thinking, the publisher decides positively to become a sponsor of American tour of Miss Liberty & offers a journalist job in Herald. She refuses, because she understands that it's all thanks to her friend, but not her. Meanwhile, from Paris arrived information – Horace’ll return to the USA. Even happier she becomes from unexpected declaration of love made by Horace before his departure.

Residents of New York are incredibly glad to behold the arrival of guests from France. Monique discovers with horror that people see in her Mrs. Liberty, which she is not. But in order to give Horace protection, she proceeds with this lies. Maisie is very frustrating with intimacy arose betwixt the protagonist & the French girl. But when they stay alone in the hotel room, the girls have very sincere conversation, contributing to the appearance of friendship between them.

After some time Bartholdi sculptor comes to the US, publicly denounces the deception & tells the truth about Miss Liberty. To avoid angry reaction of Bennett, Horace & Monique decided to escape. Many people recognize the French girl immediately. But being in the role for so long, she enchants the people with her skills of posture, by honed to perfection gestures & movements. The next day, the protagonists discover that there is no longer makes sense to hide. Pulitzer offered Horace to work for him. The life of a journalist is getting better that cannot but rejoice Monique. The latter, inspired by her stay in America, reads a poem of Emma Lazarus.
Last Update:May, 16th 2016