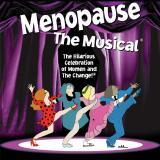 Many viewers often accused musical in excess of naiveté and simulated feelings and experiences of the main characters. But we need to remember who were the creators of this piece. The director, writer, choreographer, sound designer, costume designer – all were women. The cast also consisted exclusively of representatives of the blond gender. Men, who prefer thoughtful dramatic projects, will experience difficulties finding in this show any sense. So if you are a man – please, stay at home or visit the bar at the corner, not this production. But with women it's different. They are reflected in the heroines of the play, sincerely empathizing and enjoying their successes.

Throughout the musical, the audience sees on stage the same scenery – Bloomingdale's lingerie shop. Such uniformity cannot be considered a disadvantage. On the contrary, after a certain time the audience gets used to the existing situation and as the output, each woman possesses the impression that she had just been to the shop with her friends. Clothing of main characters varies depending on their status. On the strong woman, we see a formal suit, melodramas star is dressed in a bright gown and housewife preferred ugly holiday outfit. It should be noted that the work done to support the show could negate if actresses, performing leading roles, blundered. Fortunately, this did not happen. They demonstrated the audience a perfect acting, and proved their considerable talents. Especially J. L. Matthews shone, whose voice was recognized as a real gem of this production.

Only a few spectaculars were able to achieve such a true comic effect, using only songs. Throughout the entire production, joy and laughter reigned in the hall. Sometimes it may seem that the dialogues would be really spoiled with fast-comic atmosphere. At the end, beholder supports this very feminine story. Do not look at it to find great meaning. Its beauty lies in the ease, simplicity and fun, demonstration of everyday life.

The project is more similar to an entertaining show than on to musical. However, this did not prevent it to get a lot of positive ratings from critics. L. Fischer from the Internet resource chicagocritic.com advised viewers to stock up with waterproof mascara, because while watching they’d have to laugh a lot, and sometimes even cry. According to her words, in the creation of K. Lindsey wonderfully combines humor and compassion, as well as bright colors demonstrating the experience of women aged 40 and 50. G. Kagy from Daily Californian shortly and concisely praised the theatrical, calling it clever.
Last Update:May, 16th 2016