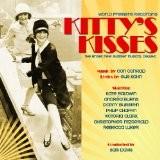 Random circumstances, someone’s jealous wives and their distracted husbands. The picture seems somewhat funny and somewhat sentimental, lively and cheerful, all in the spirit of the romantic mood of the 1920s, when this musical was a success on Broadway.

Young girl Kitty Brown met in a train a man named Robert Mason. They talked and extremely liked each other, but on the final Kitty’s station, they separated. From that time, the girl discovers that her purse was gone with all the money and documents. Kitty goes to the hotel, where supposed to stop, but she was misunderstood and mistaken for the wife of one of the guests – Mr. Dennison. They lodge the young girl to his room by mistake, and when the two young persons understand what has happened, it was too late. Mrs. Dennison comes to the hotel. Jealous woman has been trying to catch her spouse on infidelity, but she did not succeed up to this day. Statements of Kitty and Mr. Dennison that they had never seen each other before, and all this is nothing more than a stupid mistake of the hotel employees, did not have any effect.

Mrs. Dennison calls her lawyer to divorce with her husband immediately, and… he is Mr. Robert Mason, who at the same time found Miss Brown’s handbag. And it all ends well.
Last Update:April, 20th 2016