King and I, The synopsis 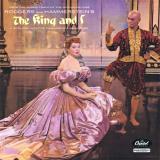 King and I, The synopsis

King and I, The Synopsis - Broadway musical

How often do you think about the distant exotic countries? Where the air is saturated with musk and spices, where women bundled up in a weightless silks, and men are strict and harsh, with rigid smiles on the lips, ready to give own life away even in the slightest dispute. Of course, everyone has heard stories about Eastern habits and customs, but not everyone even though he could have imagine that.

Young and eccentric woman named Anna Leonuens together with her son goes to Siam. She received an official letter from the King of Siam named Mongkung, asking about teaching his children at the palace. Anna had been promised a separate house next to the palace, and a monthly salary of twenty pounds. Pretty prestigious for a young widow, whose life only begins anew. Anna is met by Prime Minister from the ship, and together they go to the palace to get acquainted with the King. Anna manages to catch in the reception hall Prince of Burma who sent the king young beautiful maiden named Thupten, as a gift. The minister wants to lead Anna away, but it does not work: a young girl rushes after the King, who, however, do not mind against it.

He introduces her to the female part of the palace and shows where she will live. Woman outraged with such an attitude and a violation of the promise, but the king convenes his children that surround Anna and become familiar with her. Charmed, future teacher agrees to live in the palace temporarily. Gradually, in the day of arrival, all the wives of the king and the new girl, Burmese Thupten, recently gifted to Mongkung, introduced with Anna. She learned a lot from these women about life in the palace and in general in this country. The next day Anna holds first lesson. Geography. A woman gets away the wrong map, the center of which is large Siam, surrounded by a little world, and hangs the correct, accurate map of the world. She tells the children about the wonders of the world: snowflakes falling from the sky; that you can walk on water when there is ice in the winter; about other countries. But the kids, seeing what Anna has made with the map, hearing the wonderful stories, do not believe the teacher and cease to listen and obey, but discipline instantly restores after arrival of the king.

He came to ask about the book, which he saw that Thupten has, his new wife, and Anna says it's "Uncle Tom's Cabin", which refers to the issue of slavery and abolitionism, and Anna strongly supports the ideas described in this book upfront of the royal children. Anna is summoned by the king at night. After many debates, he tells her that he is considered a barbarian and going to be dethroned by the neighboring states, and asks her for help and advice, to bring back own good name.

Long trainings and work on oneself, the struggle between two completely different cultures, totally opposite to each other that two heroes face in their personalities on the way to a common purpose and understanding. And when it seemed that the goal about understanding is reached, turning into a good friendship, all interrupted by the only irreversible thing in the world. There was the death of the king. But Anna agrees to stay in Siam at the request of son of Mongkung, heir of the throne, to continue to teach children, as well as to give advices to the future king.
Last Update:April, 20th 2016