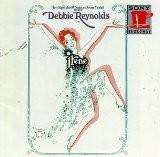 This musical is for those who not only loves old Hollywood and old Broadway, but actually remember what they were in 1950-1970 years. Sparkling dresses, complicated glossy evening hairstyles, elegant voices – velvety belonged to men and silky – to women. Where every sound was rehearsed for a hundred times to give the public the top of the ecstatic enjoyment of the show. Where the circumstances, in which shooting or setting was made, did not matter, as the main element was the show itself with its inalienable pipes and violin music, which is now only a nostalgic for those people, who are from the generation that caught the black-and-white films, laughed at the Chaplin’s jokes and wits, who empathized to Betty Grable, who listened with delight the voice of the young Sinatra. For all those who misses the bright long-gone days, when in cinemas appeared first short commercials with the new film Some Like It Hot with Marylin Monroe, which back in 1959 brought its creators fabulous USD 40 million. For all these people musical Irene is presented, the main force of which is the charm of old Hollywood and the old Broadway, as it was before the advent of musicals for 1 season, discounts on tickets up to 90% off their price, artificially increased number of exhibitions to 1000, 5000, 10 000 shows…

This is in what the power of Broadway – the show itself, made not by garments or by stage props men, but by the work of the actors, on the charm and charisma of which keeps the whole spectacle from start to finish. When the song begins, you are immersed in it so that you do not care about the endless feverish waves of financial crises, rolling inexorably across the planet, or do not care of the iron left turned on at home, because it will be filled by water from the tap, which has not been closed on the kitchen. When even the cover of the song inevitably brings to mind the image of the original artist – in this case, Debbie Reynolds (born in 1932 as Mary Frances Reynolds and now she is 83). Even Chordvettes, performing the melody with a modern twist, albeit with the maximum diligence to preserve the original sound, cannot spoil the mood, which was in this slow melancholic song tens of years ago. By the way, if you pause the clip of this group here in the video list, They Go Wild, Simply Wild, Over Me, at the 41 second – they'll all be frozen in poses like zombies.

In this production, in addition to the bright and encouraging reviews from the critics, well-deserved awards, for example, for the resurrection in 1973 – 1 Tony win & 3 more nominations, 1 win of Theatre World Award & 1 win of Outer Critics Circle Award. During the earlier productions, for example, in 1926, there is no data – such rewards haven’t existed than (e.g., Antoinette Perry Award for Excellence in Theatre, which is known to the general public as Tony, appeared only in 1947).
Last Update:April, 06th 2016