Hedwig And The Angry Inch review 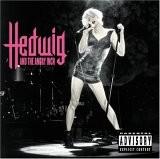 Hedwig And The Angry Inch review

The components of the successful musical are known to everyone. They are famous actors, music, which can win the hearts, interesting, but at the same time, simple plot, good and clear final and also beautiful scenic design. What are the components of "Hedwig and Ill-fated Inch"?

To tell that the plot is uncommon means not to tell anything. It is not beaten "American dream", and not a "tearful drama about a difficult life of gays" at all, as it can seem at first sight. It is a tragicomic story of life told in a fancy, but fascinating form.

A drama about talented blond knave, who is searching for her love, is presented to the viewer's attention. Sarcasm and irony are felt from with the first seconds (the song about America — the beautiful country, sounds in other context). The set of the effects, which visually enrich the show, is used.

Hedwig is he and she, the creator and the victim, love and hatred, good and evil, unity and conflict of opposites. It’s worth telling about the actors. Of course, acting of main performers impresses most of all! Incredibly talented, John plays organically and sensually in each scene. Other actors are also picked up ideally, there is no such feeling, as if the director didn’t finish any role. Everything is remembered: the cheerful manager of the group, the sergeant ("sugar daddy") and a strange girl in black. Members of the collective are bright characters, souls and bodies of whom are devoted to the leading singer.

Now, some words about music. Low bow! Never thought that the music written for such kind of musical can become so amazing! Only a vocal composition "Origin of Love", for which the charming animation insert was made in the show, is worthwhile.

What else can please a viewer? Of course, it is a reference to the well-known philosophical works. For example, fragments from Plato plays a big semantic role in the plot. You might think: how the history about the boy, dressed up in vulgar clothes, decorated as "moth", can cause positive feelings? This phenomenon stays misunderstood, but the fact is the musical is impregnated with a certain magic; the intimacy, with which Hedwig tells a story of his life, attracts; music remains in the head. After watching the performance, you come back to a sad story about Hensel with the help of the songs.

Here, in general, everything deserves attention, but there is only one queen — Hedwig. Where will searches of the other half lead her to? Is it possible to understand and accept yourself, as you are, your talents, mistakes and failures? As well as Hedwig, this musical is a fine life collage. And the main thing about it, that you want to reconsider it.
Last Update:April, 06th 2016