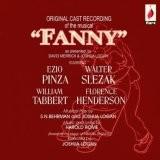 This is a story about a girl named Fanny, who became pregnant with the illegitimate son from a man named Marius, who later became a sailor (to earn money), and sailed away for as much as 5 years. All the action takes place in the maritime suburbs of Marseille city in France. In order that her fornication wasn’t in the sight of surrounding people, her parents agree to the wedding with an older man named Panisse. He provided her with a service covering the illegitimacy of the child, while getting himself an heir, of which he dreamed for long.

After 9 months, Marius returns from the sea, and out of sudden wants a woman and her child to be with him along, but he takes the farewell from a friend of Panisse, who makes him listen to reason. Marius also apologizes to Fanny for having abandoned her, identifying his feelings as a mixture of fear of being a father, and the desire to make money for the child. In the end, he realizes that he loves them both.

Boy, many years later, grows and becomes a teenager of 13 years. He is attracted by the sea, and he, like his father, goes sailing because by that time, he already was told about his father was a sailor, and he wants to find him, which happens. In this, he gets help from Admiral, who was filled with sympathy for the boy and treats him like a son.

More years later, Panisse is getting old and is already dying, expressing his final request to see a boy for the last time before the pass away. Fanny, who knows that the boy works with own father in the sea, brings this request to him and his father. Marius, receiving one, decides to execute it, reuniting the boy and Fanny with her husband, after which latter quietly shifts away to another world. Before that, he asks Marius and Fanny to get married and to live together with the kid, but did not change the boy’s name, which he inherited from Panisse.

The role of the boy, with the entire musical afterwards, arose as the idea from a young actor who later played the same role, and years later, successfully began to replace his father – a sailor (after matured).
Last Update:April, 06th 2016