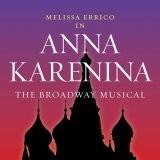 Vronsky traps being in love with Anna after sees her for the 1st time at the train station, where a station's employee dies in accident under the train wheels – that's where she gets acknowledged with such way of get rid of life. After she also falls in love with him some time later, she leaves home, but he was following her in same train, & reveals his love but being rejected.

In Saint Petersburg, Anna is increasingly crushing in love with Count Vronsky, which pursues her. Eventually she becomes pregnant from him. Her husband insists that she must stop an affair with Count since he believes that this will put an end to gossips about her and her adultery in the society and preserve the marriage, insisting that otherwise he will take away their common son if she continues her novel. She fails to stop this, and leaves Russia together with the Count Vronsky, leaving a son and demand of divorce from her husband after giving birth in-common with the Count daughter Annie. They were not able to socialize in an alien society, and returned to Russia.

Levin and Katerina married, they expected a child. Levin's brother dies of tabescence.

Vronsky no longer loves Anna because her being near-by oppresses him, and she turns out a complete social outcast by her actions, and thanks to the efforts of her ex-husband, who told everyone what his wife did, giving them parting, despite the fact that she had a son and so she forgot her son out of the affair. This story received great resonance. The pair then went to country mansion of Vronsky.

Anna is turned out to be sufficiently lightweight person, flirting with the guests of the estate, and after going to Moscow to obtain a divorce from her husband, enchants also Levin. But Anna could not understand why Vronsky does not love her, despite the fact that everyone around her falls in love to her.

Tormented by jealousy to Vronsky, the inability to re-entry to high society, unable to start doing anything interesting, Anna throws herself under a train, dying.
Last Update:April, 06th 2016