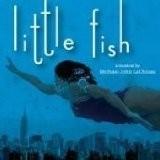 The plot of “Little Fish” was laid on united stories “Days” and “Flotsam” of Deborah Eisenberg. Michael J. LaChiusa made the sound, lyrics, libretto of a play. He called the musical “parable of sorts” of September 11th's events as people understood they wish to spend more time with relatives and friends they love.

The first presentation of the play has been performed at the theater called Second Stage in NY. The role of the main heroine Charlotte was played by J. L. Thompson, the ex-boyfriend`s character Robert was played by H. Panaro, the roommate Cinder role was performed by L. DeLaria and friend`s character – J. T. Ferguson. A choreograph and director of the musical became Graciela Daniele. People get acquainted with this work on February 13, 2003. The producing of the play in this theater ended on March 9. It`s important to mention that the director and the author saw in Charlotte`s fight against nicotine the metaphor of stress, that helps us to understand ourselves better.

The play was shown on October 9, 2007 at The Blank Theater in Hollywood, USA. The producing of the play ended on November 18. The play featured A. Ripley as a main character, G. Jbara as a former boss, C. Kimball as a friend, R. Torti as an ex-boyfriend and S. Shelton as a roommate in NY.

In Europe, the first presentation of the musical appeared on October 27, 2009. The play was shown at the Finborough Theater in London. The producing of the musical closed on November 21. Roles were performed by A. Campbell, N. Holder, K. Foster-Barnes, M. Cantwell, A. Maria, J. Worsley and L. Pitt-Pulford. Produced by company JQ Productions. The director of the play became Adam Lenson.
Release date: 2003
Last Update:April, 21st 2016