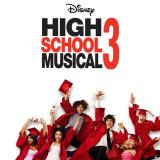 The shooting of the last part of the musical began in April and ended in June 2008. The producers of the movie had to pay 2 million dollars to the owners of a school, at which the previous parts of the musical were featured. Thus, they allowed shootings there again. The premiere of the film took place in September in Stockholm. In Great Britain, Egypt, France, Sweden and on Philippines, Austria, Germany, Greece, Kuwait, United Arab Emirates, in Brazil, Hong Kong, Israel, Spain, Canada, Norway, Singapore, the USA, Finland, Estonia and on Taiwan the film came out in October. The premiere in other parts of the world took place in November.