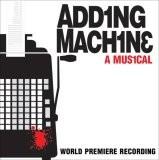 This musical received a very warm reception from critics and played over 4 years, from 2007 to 2011 (Washington DC, Los Angeles Canada (a premiere at Canada)).
All its performances, the musical has won numerous awards and nominations. Among them: Lucille Lortel Awards, Drama Desk Awards and Outer Critics Circle Awards.
Critics agreed that the way the show was played, withdrawn it from the monotony rank of everyday life to the rank of excellence. Music is the first thing that pleased the audience and critics. As the music director, Joshua Schmidt, said, he wrote all the music on the basis of experience in a very small space, which was literally like a shoebox. 3-4 musical instruments participated in play and full orchestra could easily fit on a piece of area sized 5 to 15 meters.

Jason Loewith is the guy who was the mastermind-producer of the play, adapted from the one that Elmer Rice did back in 1923 – soon it will be 100 years ago. Jason was art director of Next Theater at the time of acquaintance with the composer. Minetta Lane Theatre – this is the place on Broadway, where the musical was opened.

Also, production was scheduled to be shown in Brisbane, Australia in University of Queensland. The main roles are played by C. Kellett, G. Flowers and T. Davidson.
Release date: 2008
Last Update:December, 02nd 2015