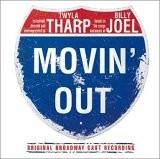 In 1960 in Long Island lived five friends. The young people have finished studying in high school. Two of them have become king and queen of the prom. After this evening, they decided to end up their relationship. Another pair of lovers, on the contrary, only affirmed their feelings. Another two have decided that they would get married soon. And the last fellow was busy looking for his true love. Soon between him and girl named Brenda a serious relationship begins.

The Vietnam War continued. Three friends were recruited and sent to the front. Their girlfriends left at home and were waiting for the returning of their beloved ones. During the bloody battle, James was killed. After serving due time, two of them returned home. They were completely broken by the death of a friend and what they had to do during the war. Even harder for young people was to look into the eyes of a widowed Judy. The guys could not forgive themselves that they have survived, and their friend – not. War veterans began to collect their lives bit by bit, trying to get used to a peaceful everyday life. Tony did not know how to communicate with Brenda again, to revive old feelings. Eddie could not establish a personal relationship with anyone. The war left a heavy wound in his soul, which a young man tried to forget with all available means. He plunged into the depths of hatred and self-destruction, started to take drugs.

Once met Judy, the veteran began to tell her about what happened to him during the war. Eddie again went through the hell of memories, but now he was helped by a friend nearby. Dividing his pain with those who also suffered, the young man got rid of self-hatred. Meeting in the park with a longtime girlfriend, her understanding and forgiveness helped Eddie to give up taking drugs – he began again to see the road before him, leading to the future. Tony managed to find the strengths inside to make it up with his girlfriend. The old relationship began to revive between them. All this time, Brenda continued to love a young man. Soon wounds of veteran started to tighten. Thanks to the sincere feelings of Eddie & Tony, friends were finally able to realize that they are back home. Their war was left behind and now former soldiers might lead usual peaceful life.
Last Update:May, 16th 2016