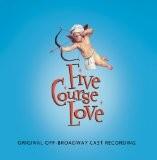 Have you ever been on a blind date? On a very unfortunate date, in the restaurant, where they make a barbecue and your meeting is just the same – fried-out. Or have you ever asked a hand & a heart of the lady, standing at one knee in a restaurant where all the views of surrounding people addressed to you? Only to get a loud failure and to be completely humiliated? Are you familiar with such a date, where everything that could go wrong, goes this way? Then meet this exciting comedy, which undergoes within the framework of off-Broadway line in the New Century Theatre, where for a reasonable price of about USD 25 you can observe as 3 actors depict 15 different roles. They are looking for happiness and play a very motley characters, from the wife of a gangster, that does hanky-panky twirling behind his back, to the dominatrix, with her servant (if to say about female roles). Men's roles are represented here with a broad spectrum – from insecure loser-botany, to husky cowboy, with irrepressible vitality.

On the one hand, this is a cute sitcom and vaudeville. Scenes are separated by 15 minutes each, during which goes one main storyline about love expectations and achievements. On the other hand, of course, it's not high art, so only 70 plays in 2005 confirm this. Yes, scenes are revealed comical and even ridiculous. But the absurdity and slapstick to all events added with the characters that are very exaggerated in acting, as if playing a standup show, not on-stage musical. They often possess highly expressive facial looks and movements of the limbs, which would be best in amateur theater, not in professional. Yet, according to most critics, this musical is a rather cute prank than a serious work, so about it the same cute and playful comments were said, such as "musical is a stunning breakneck, it has sparkling humorousness, flamboyant vitality, it is amusingly pastiche, heartwarming and tuneful”. As you have seen, it is characterized by a variety of adjectives that are in very ambiguous terms describe the enthusiastic admiration, without noting specific points that outline exactly what beholder may experience.

Its director, Gregg Coffin, wrote also music & lyrics and book for this work and directed it, so he basically handed a bigger half in this production. Low budget, highly-admired show for those who do not consider themselves connoisseurs of fine cohort that enjoy colorful transmission of the emotional range on the stage, but who need very visualized humor with broad strokes of its paint to feel happily and to plunge into gaiety.

Without having to pretend the high art, this comedy is a good sitcom, where emotions are served rather glaringly painted, and clothes are parody of the everyday’s dressing-up of characters just to clearly emphasize the features of their owners. This piece proves that the scene is too high for such things and TV format should fit better.
Last Update:April, 06th 2016