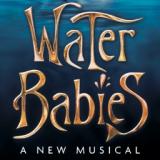 At the heart of the musical is a philosophical tale ‘The Water-Babies, A Fairy Tale for a Land Baby’, written by the Englishman C. Kingsley in 1862. Also, the show is an adaptation of the animated film of 1978, shot on the same story. The author of a tale was also a clergyman, which had certain influence on his work. At his time, Charles Kingsley was Queen Victoria’s chaplain and tutor of Prince Wales. Many consider this philosophical fairy tale a fantasy story for children. But it is not only for them but for the adults. Previously only plays were set based on the product but the musical was created for the first time. Thanks to modern technologies, the organizers managed to include the holograms in the set design. The outward appearance of Lord Kraken in the deep sea has been completely created using these effects. A true waterfall was perfect for maintaining an atmosphere of the show, and even a genuine leap of actor from a 10-meter height seemed for many as another fantastic trick. Designer Morgan Large with special decorations showed separation of the two worlds – on-land and underwater ones. Gorgeous costumes, designed by Amy Jackson, added the participants of the musical mystery and romanticism. Amazing discoveries that allowed fully reincarnate actors into lobster, seahorses, eels and so on, were highly appreciated by critics. Lighting design also helped to create the mysterious and magical atmosphere in the theatrical.

After the premiere of the spectacular, critics’ opinions divided. Some felt that performance in some moments was too stretched, while others have not found serious flaws in the production. Everyone equally celebrated a magnificent stage design of the play. Lyrics were impressive, and the dialogues between the characters were very witty. Despite the obvious influence of the moral and religious aspects of the Victorian era, a musical allowed to exhibit important human qualities as a spiritual rebirth of the protagonist. The story of self-discovery, the search to find true love, and lots of adventure in the underwater world fell for the taste of the public. The reviewers highlighted the song performed by the duo Louise Dearman and Lauren Samuels, after which the room erupted with thunderous applause. They thought it was best composition of the staging. Although some nuances needed further refinement, the show turned out inspiring and touching. According to critics, the play had an excellent chance to become significant musical hit.
Last Update:July, 21st 2016