Happiest Girl in the World, The synopsis 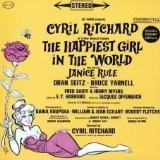 Happiest Girl in the World, The synopsis

Happiest Girl in the World, The Synopsis - Broadway musical

The story introduces us to a charming girl named Lysistrata. She is not only beautiful, but also incredibly smart and cunning. Columns and statues of ancient Greece are positioned on the stage. Athens is a famous cradle of Greek culture, brought up a great number of bright minds.

Contradictions, not excluding clashes and bloodshed, between Athens and Sparta were a long and protracted process. The war did not want to end, great men grinned tightly and draw their swords on the battlefield more and more often & many did not return home.

Besides, war trips took much time and cost too much, so women were unhappy. Lonely, abandoned in their homes, without strong male hands, tired of the endless political squabbles, solitude and community of elders. They represent the main idea and the role of the whole staging and clever Lysistrata is the embodiment of their voices and desires. She also has a relationship with the gods of Olympus, who help or hinder her in the course of the plot.

The girl, whose name means "Destroyer of War", decides to stop the senseless battles. She gathers women and girls from all over Greece on a large area in the upper town, in the so-called Acropolis, and offers them a stratagem. She calls all the wives, widows, brides and courtesans – absolutely all women – to take part in the strike, in the sexual strike. After long altercations, debates and conversations, finally, they come to the same decision: woman hide from the world in the Acropolis, not allowing men inside and putting a ban even on conversations with representatives of the strong gender of this world.

The old men, who remained in the city, try to convince women to cease it, but women are relentless and inflexible. The war should be over, and it will happen in any way. However, this stubbornness does not last long. Some weak-minded women are just about ready to give up, doing a rebellious actions and plan to escape from the city to return to their men. But Lysistrata is not that stupid: she foresees it and prevents this unreasonable act of rebellious women, trying to sneak out of the Acropolis, inventing various excuses and reasons, simply going to run out of harboring walls.

It does not last long. Men, quickly starved for women's warmth and affection, at first, adamantly wait when women come out, leaving their venture, but after, they realize that nothing they can do with women's inexorable logic. They decide to enter into a peace. Men choose messengers, send them to the Acropolis, where they are greeted by Lysistrata. They are smitten by beauty and intelligence of this woman, and agree to stop the war and quarrels with each other, because no war is worth going back in place, where no one is waiting for you. Lysistrata also puts condition that the men should share the captured wealth in wars. Men, missing their wives, quickly agree with all of the words of the girl. And so the war ends, along with the story: happy husbands take their wives home.
Last Update:April, 06th 2016