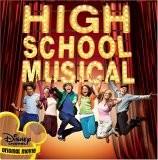 Troy & Gabriela meet at a New Year's party. At the first sight, they have nothing in common, but the destiny disposed so that two of them have to sing in karaoke. The teenagers understand that they could get on well with each other & exchange numbers before parting.

A week later, the guy meets the girl. She says to him that she has recently moved here, to Albuquerque, & will study at the same school. Troy shows her the territory. They also see the announcement of registration on audition, but decide not to register. Only Sharpay, who isn't indifferent to Troy, registers in it.

At the next training, Troy finds out what he can't concentrate at the game because he constantly thinks about Gabriella & music. Sharpay tries to get closer to Gabriella, but leaves this idea, when the girl shows her knowledge at chemistry lesson. Sharpay doesn't want to keep company with "botanists". Gabriella draws attention of Taylor, who prepares for the forthcoming Olympic Games in chemistry with the school team. Ryan & Sharpay find information about Gabriella on the Internet, where there are data about her outstanding abilities. They put the listing from Internet into Taylor's locker, & she openly invites Gabriella to join the club.

Troy decides to come to the audition for school musical, & he manages to make it unknown for the father, who wouldn't understand him. There he meets Gabriella, but both of them hesitate too much to declare about themselves, & only watch the performances of each other. All of the members try to sing the same song, but only Ryan & Sharpay do it well. Sharpay shouts on modest Kelsey. At the last minute, Gabriella decides to pass on the tests, but she does it too late. The audition is over.

When all people leave the hall, only Troy, Gabriella & Kelsey stay there. Troy advises Kelsey not to pay attention to Sharpay. Grateful Kelsey plays the song. Troy & Gabriella sing it together. The teacher hears it & arranges another audition especially for them. Sharpay is shocked. Inspired by the example of Troy, some pupils tell their friends about the guys’ hidden hobbies & talents. Troy invites Gabriella to the roof of the school, to a small garden, where they admit their admiration to each other. Troy & Gabriella receive music & lyrics of a new song & study them in free time.

The Wild Cats team entices Troy into a locker room & provokes to tell that the musical doesn't interest him at all & only Gabriella does. They make a video & then Taylor shows it to Gabriella. She is upset & breaks off relations with Troy. However, Taylor & Chad see that they have made a mistake & decide to correct it. Gabriella forgives Troy. They receive the leading roles in the musical. Ryan & Sharpey are their doublers. The Olympic Games are won by Gabriella's team. Troy's "Wild cats" for the first time in four years win against the rivals. Sharpay wishes Gabriella good luck. All students celebrate their victory.
Last Update:April, 06th 2016