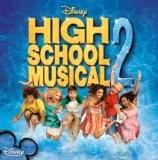 It is the second movie of the trilogy. The premiere took place in summer 2007 in the American Disneyland. In three days, it was shown on the TV screens in America and Canada. There are the same actors, as in the first part: Z. Efron, V. Hudgen, A. Tisdale, L. Grabeel, C. Bleu & M. Coleman.

K. Ortega became the director. The movie is made under the scenario of P. Barsocchini. D. Lawrence is the author of soundtracks. The premiere was watched by 17.2 million viewers. That is 10 million more than the previous part. At that time, the musical became a show with the highest rating on the Disney channel.

Continuation of the musical was also released on a scene in two versions. In one of them, the scene, which had been earlier expelled from the cinema, was presented. In addition, there was one more new song. Disney TV channel looked for the schools, in which it would be possible to shoot the pilot version of the musical. As a result, two of them were chosen. In spring 2008, High school of Woodlands became the first school. Then the display took place in summer 2008 in the amateur theater in Tennessee.

In winter 2009, the version of the movie was displayed at school of arts. In the summer of the same year, the premiere in Great Britain took place. The premiere was also carried out in Latin America. It was watched by 3.3 million people. The movie also made great success in Argentina, Brazil and Mexico. It received an award from Nickelodeon channel in Australia.
Release date: 2007
Last Update:March, 10th 2016